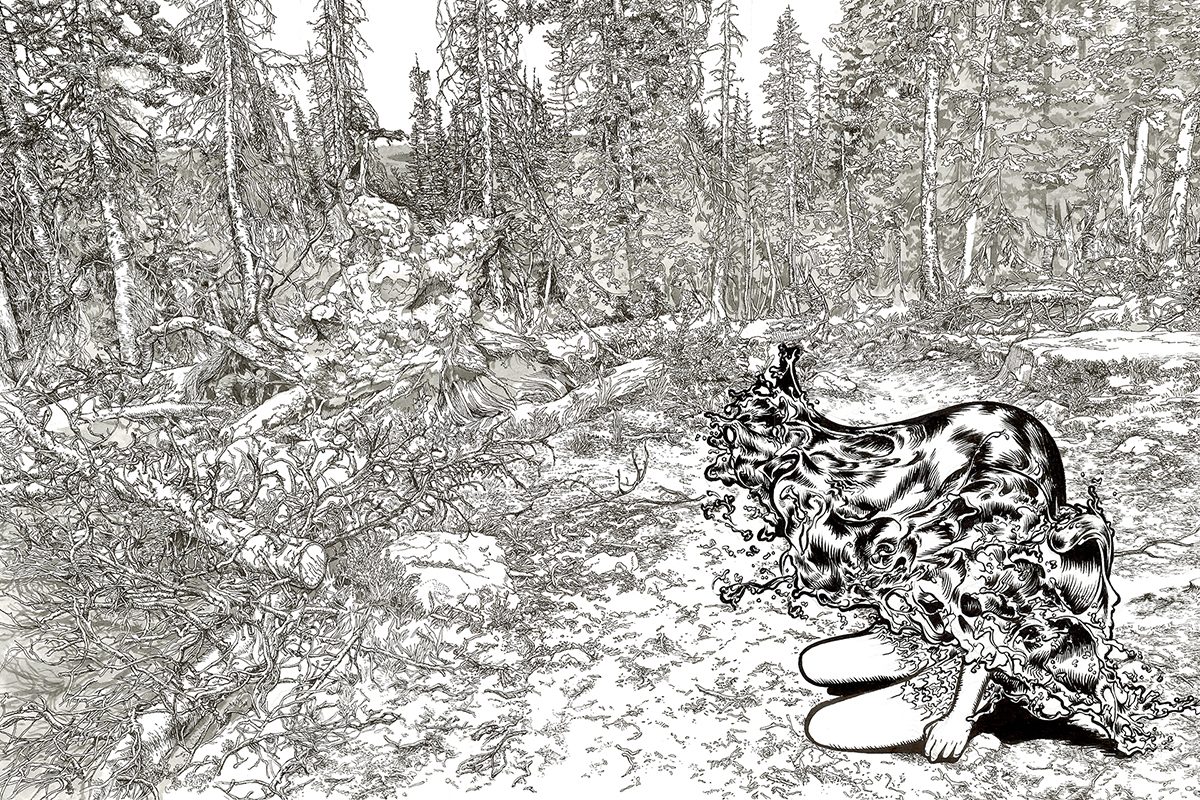 From the artist: “As a self-exiled Asian, woman, mother, and social media addict, I see myself as a vulnerable stranger who critically looks for a definition of others to see myself clearly. In Waterman the Stranger series, I started by asking – ‘If I mimic what an ideal life looks like in a new place, will I blend in well?’

In this series, I deal with the sense of alienation because of the pursuit of the self-defined ideal life. I illustrate myself as shifting water that repels, absorbs, reflects, and fails, to show the figure’s struggle to find a place within its environment. The backgrounds reflect ‘a better life’ in Utah I imagined. This series started from my struggle of settling in Utah after moving from New York. I document new nature around Waterman with its portrait. The idea of living so close to a grand nature instead of a jungle of skyscrapers was so foreign to me. By learning normal activities such as hiking, gardening, and driving, I act to become part of where I am.

My works deal with my identity in flux and the fragility of memory. I am interested in people and how people process and change. Influenced by infographics, animations and hieroglyphs, I make inner portraits, made of symbols of senses – such as sight, smell, sound, and emotions – that are frozen in time. As I reenact my experience by staging these forms, I portray a sense of being or ‘Changing I’ between space and time.”