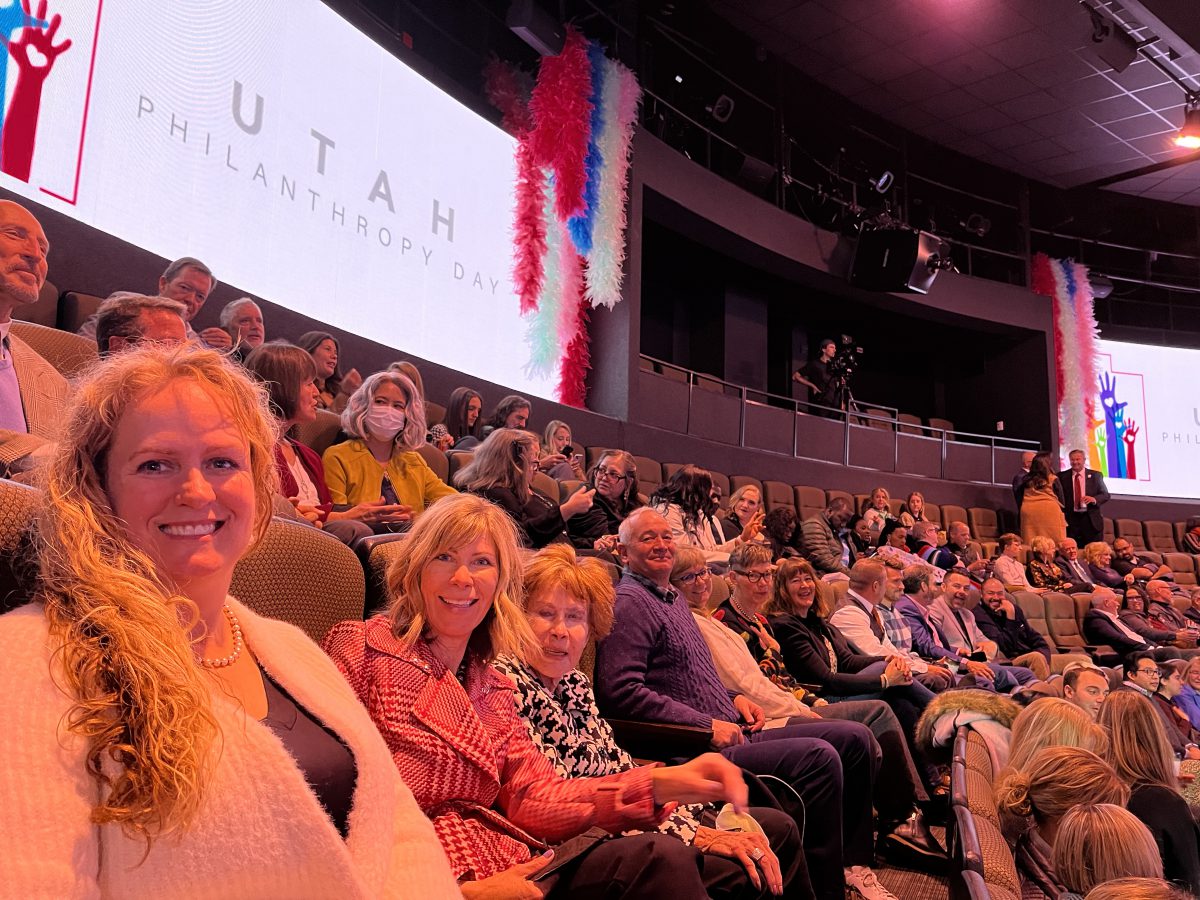 Utah Arts & Museums is proud to recognize three of our board members – Carl Camp, Marcia Price, and Caitlin Gochnour – with the “Heart & Hands” awards. These awards are presented annually at Utah Philanthropy Day, held this year on Tuesday, November 15.

Marcia Price
Marcia Price is dedicated to Utah’s arts community and has been leading the charge to aid Utah’s arts scene for decades. Marcia served the Utah Division of Arts & Museums twice: first as the Chair of the Utah Arts Council Board in the 1990s; then as a member of the Arts & Culture Business Alliance Board, where she was instrumental in combining the division’s two arts boards, thus becoming a member of the Utah Arts Advisory Board. She retired from board service in June 2022. Marcia is a tireless advocate for Utah’s arts and museum community. Her advice and wisdom over the years have been invaluable. In addition to serving the state of Utah though board service, Marcia is the board chair for the Utah Museum of Fine Arts, helped to establish Salt Lake County’s Zoo, Arts, and Parks Program, received an Honorary Doctorate of Fine Arts from the University of Utah in 2006, sits on the National Committee for the Performing Arts at the Kennedy Center in Washington, D.C., and serves as a board member emeritus on the boards of the Utah Symphony | Utah Opera.

Caitlin Gochnour
Caitlin Gochnour is an engaged community volunteer and arts advocate in Utah. During her tenure and as Chair of the Utah Arts Advisory Board, her oversight, perspective, and statewide focus helped the Utah Division of Arts & Museums distribute an unprecedented infusion of federal funds across the state. Caitlin’s leadership and flexibility were integral in helping the larger board and staff adapt to a virtual format during the confusing first months of the COVID-19 pandemic. Caitlin works as the Special Projects Manager for the Ogden Nature Center and as the Olene Walker Statewide Scholarship Administrator for foster youth and refugees. She served eight years on the Ogden City Council and sits on the Catholic Community Services of Northern Utah Board, as well as volunteering as the Justserve Specialist for Northern Utah.

Carl Camp
Carl Camp is a public servant known for his steady, calm, and kind character. During his two-year tenure as chair of the Utah Museums Advisory Board, Carl helped the Utah Division of Arts & Museums disperse an unprecedented infusion of federal funds across the state of Utah. Carl’s ability to mentor and lead board members through the constant changes and unknowns of the COVID-19 pandemic were key to the division’s ability to get grant funds into Utah’s museums during uncertain times. Carl’s position as a member of the rural Utah community brought a much-needed perspective to his board service. Carl is park manager at the Territorial Statehouse State Park Museum in Fillmore and served on the Utah Museums Association Board from 2006-2010.