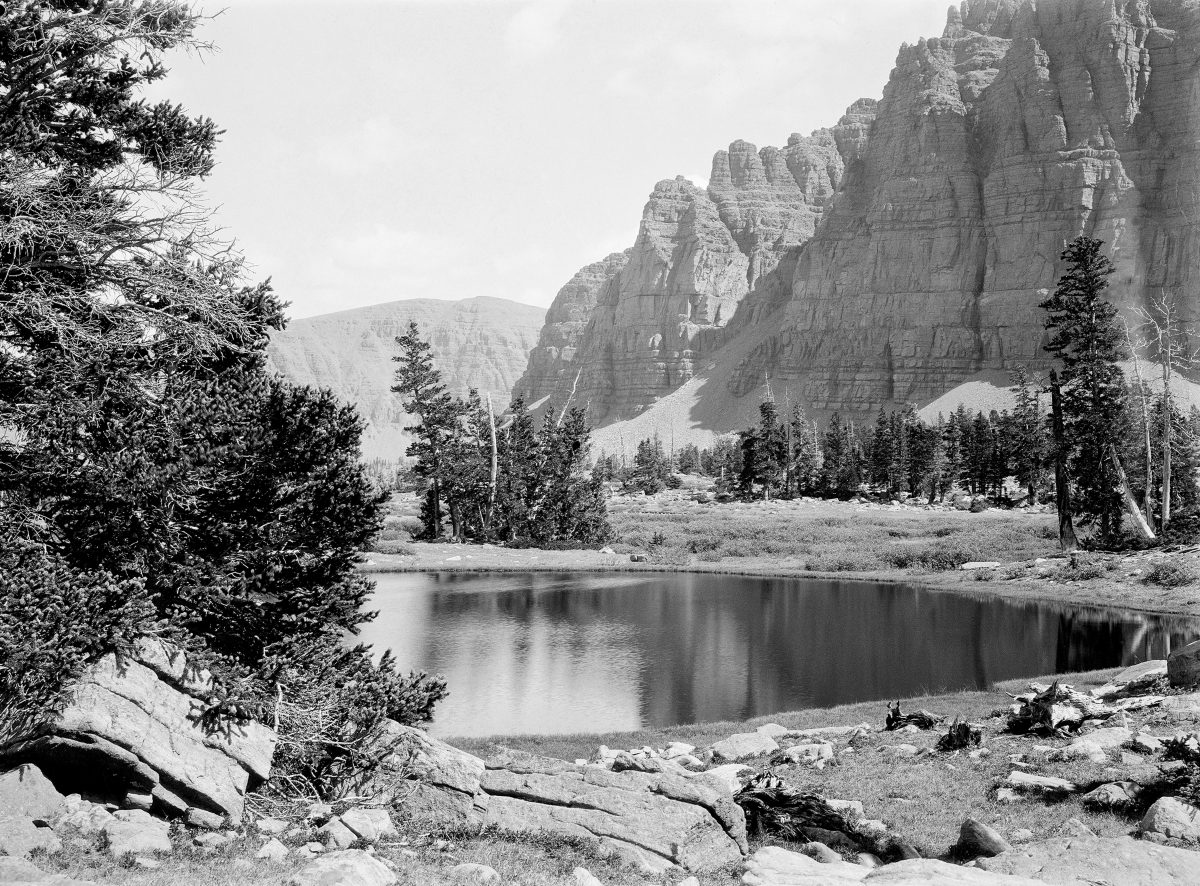 Mormon Pioneer Artist with a Camera

Although better known for his paintings, Beard was also a prolific exponent of the new art of glass plate photography, producing some of the finest landscape studies of his period. Beard took up photography to help record with fidelity and greater permanence the beauty of the Uinta Mountains and the spectacular vistas he encountered in his travels. He would carry his bulky photographic equipment and his beloved camera “Alice” into what he referred to as the “roughest, wildest, most inaccessible corners in Wyoming, Idaho, Utah, California, Oregon, and the State of Washington.”

He studied under the tutelage of Charles R. Savage, the master of pioneer Utah photography. “To me, his photos were all works of art because of his position, the lights and shadows, and complete composition of his pictures,” Beard said.

Despite his evident skill, Beard was never commercially motivated. Instead, he painted and photographed for the sheer joy of it and as a welcome diversion from his busy life as a store manager in Coalville.

In 1974, more than 1,400 of his glass plate negatives were placed on deposit in the archives of Brigham Young University. The following year Professor Peter Myer mounted an exhibition of Beard’s paintings and photographs as part of the Brigham University Centennial Mormon Arts Festival. Four decades after the exhibition of his work at the Centennial Mormon Arts Festival, an exhibition of a selection of George Beard’s photographs was curated with special permission from L. Tom Perry Special Collections at Brigham Young University and was exhibited at the Springville Museum of Art in March 2017. This exhibition is a selection of 30 works from that exhibition.

This exhibition is a fitting tribute to Beard’s pioneering landscape photography. The fine quality of these prints is also a testament to his masterful photographic technique. The skillful use of light and shade and a painstaking attention to detail have earned him a place among the greatest photographers of the American West.

This exhibition was produced by Utah State Representative Norman Thurston, third-great nephew of George Beard, and curated by Dr. Herman du Toit. The exhibition was made possible through the generous support of Utah Division of Arts & Museums, Art Works for Kids, Intermountain Utah Valley Hospital, and Duke’s Jewelers.